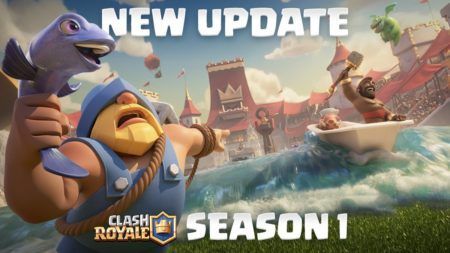 The Pass Royale is Clash Royale’s own version of a battle pass. Once activated, players will receive perks such as multiple crown chests, emotes, player name effects, and more. Each chest under the Pass Royale turns into a Lightning Chest which players can spend strikes at to get the cards they want.

Pass holders will also be able to automatically schedule unlocking of chests — so there’s no need to check the app every once in a while!

Clash Royale first season will feature tower skins for the first time, which comes free for battle pass owners. Each season will roll out a unique tower skin, the first being the Shark Tank. This corresponds with the release of the new Fisherman legendary card in the Royale.

The implementation of Pass Royale starts this season and will continue every month.