Call of Duty: Warzone is known for its riveting, fast-paced squad action, but what happens when an entire lobby plays for the same side?

Warzone recently introduced the limited-time event titled “Battle of Verdansk” to hype up the reveal of Call of Duty: Vanguard.

To many diehard COD fans, the event felt like the usual hectic ground war with ARs and RPG launchers, but to me, it showed just how interactive the battle royale could be.

The setup leading to the Battle of Verdansk was impeccable

While the Battle of Verdansk’s primary goal was to unveil Vanguard to the world, the developer’s efforts in setting the scene were nothing short of brilliant.

Once Warzone Season 5 went live, players were already reporting mysterious occurrences of a sniper shooting them after a Warzone victory. Little did they know that Activision was teasing one of Vanguard’s main protagonists, Polina Petrova.

The developers continued to release teasers that brought a sense of recruitment to the limited-time event.

Blueprints of an armored vehicle threat were the subjects of Twitter photo montages, and World War II-esque posters that mimicked Uncle Sam popped up across various posts, encouraging players to “squad up” and join the Battle of Verdansk. 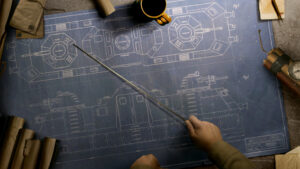 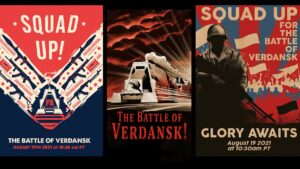 The power of teamwork can, in fact, take trains down in Call of Duty: Warzone 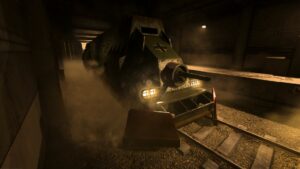 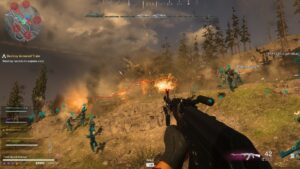 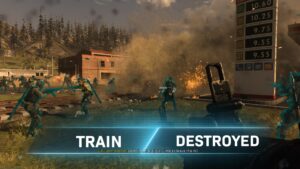 After countless of hours grinding out the Battle Pass and getting shot in the back by stealthy enemies, I looked forward to the Battle of Verdansk and its bigger cooperative scenario.

Now that everyone on the map was grouped into the same battalion, I finally got to enjoy the chaos of the Battle of Verdansk. Instead of frantically checking corners and being mindful of a potential skirmish, all grounded operators were pumping bullets and RPGs at a massive target in plain sight.

Battle of Verdansk’s gameplay feels simple in its premise, but the main catch here is in the rallying of the players. You can spot operators dropping ammo boxes for each other and crowding in the back of a Big Bertha truck to catch up to the enemy train.

Even the mere task of blowing up parts of the train felt surprisingly rewarding. In the clip below, my trusty RPG managed to take down two train turrets for a solid amount of XP.

What’s next for Warzone and Vanguard?

Though it only took ten minutes to complete, the Battle of Verdansk shows a lot of potential for what’s next in Call of Duty: Warzone.

These kinds of events that merge gameplay with an overall theme increase the diversity of what an online multiplayer FPS can offer. The game is steadily implementing new game concepts in events like the Battle of Verdansk, and there’s a chance that they actualize into playable modes.

The battle royale mode is definitely Warzone’s bread and butter, but I believe Verdansk has enough room for bigger firefights that promote cooperation and new playstyles.

The team-based objective mode of Payload previously debuted in Season 4, which gave operators the task to either finish or sabotage a convoy of trucks.

In Season 5, we’ll be getting the Clash mode that pits 50-man squads against each other in Verdansk.

Looking into the future, Warzone will receive two upgrades in the form of a brand new map and the release of Call of Duty: Vanguard. A new map brings fresh battle royale action to Warzone veterans, while a Vanguard-themed Battle Pass could mean new weapons.

With all that’s been said, I have high hopes that Vanguard’s full integration with Call of Duty: Warzone will bring more seasonal events and innovative game modes for everyone to enjoy.