The Season 5 AR is made for longshots. 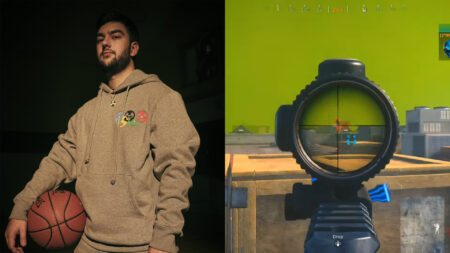 It’s only been a week since Call of Duty: Warzone Season 5 started, and streamer Ean “Booya” Chase has already mastered the gun meta with a killer EM2 loadout.

The EM2 is the latest assault rifle to join Warzone’s weapon roster, currently unlockable for free at Tier 15 of the Season 5 Battle Pass. 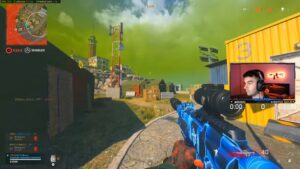 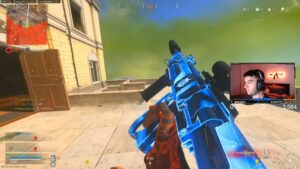 A major attachment that he kept on the gun was the 25.8″ Task Force barrel, which increases damage, damage range, and bullet velocity. Alongside the suppressor, the AR can efficiently hit longshots without a visible muzzle flash.

Instead of sticking with the gun’s built-in optics, Booya replaced it with an Axial Arms 3x scope for better coverage of medium to long distance encounters.

With impeccable range, there’s bound to be a lot of recoil on the fully automatic AR. The streamer was able to offset this by adding a Field Agent Grip.

In the video, Booya showcased how strong the new Combat Scout perk is with the EM2 loadout. Once he triggered the Combat Scout highlight, the streamer could track retreating enemies down and spray for the quick elimination.

Here are the details of the EM2 loadout in Call of Duty: Warzone:

To see the EM2 loadout in action, check out Booya’s gameplay video.