Ryoma and Diaochan are getting Exoskeletal Armor skins 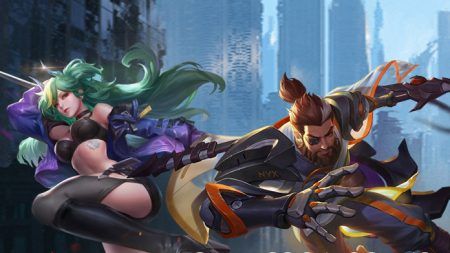 What would it be like to fight in a post-apocalyptic dystopian world? While the popular Multiplayer online battle arena (MOBA) Arena of Valor isn’t getting a post-apocalyptic makeover, two characters: Ryoma and Diaochan are dressed for the occasion with their brand new Exoskeletal Armor skins.

From the limited information we have seen from the promotional video highlighting the new skins, mankind is at war in a bid to take control of alien technology that could turn the tide of the battle. It appears that Ryoma and Diaochan are on different sides of the conflict with the former leading the warlike Gunslingers against the latter’s band of rebel mutants.

Exoskeletal Armor, start!
The legacy of alien technology has brought the earth's conventional armed forces into a new realm, and the destruction caused by local conflicts is getting bigger and bigger…#ArenaofValor #AOV #Games #MOBA pic.twitter.com/QiklEtdaXw

The warrior assassin Ryoma is already a fearsome fighter in his own right, often using his naginata (a Japanese pole weapon) to strike his foes down. With his new skin, he looks even more badass. 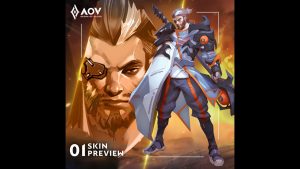 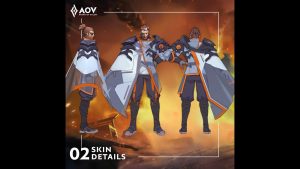 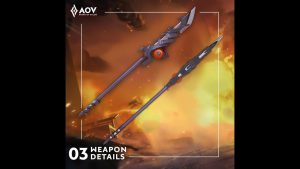 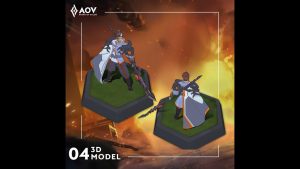 Ryoma looks exceptionally sharp in his white military garb that is contrasted by orange lines and his black shoulder armor and boots. It appears to wear an eye-patch over his right eye, could he have lost it in some heated battle or is there a cybernetic eye underneath it?

The centerpiece of the outfit is the long flowing poncho that covers his right side, hiding his cybernetic arm which is said to be augmented with super-human strength. His polearm carries a menacing spear with an unsettling looking red eyeball that seems to watch your every move.

Ryoma – Exoskeletal Armor: The hunt is on!
In this war, who can win the final victory!#ArenaofValor #AOV #Games #MOBA #Ryoma pic.twitter.com/g6bH2eFLyI

In battle, Ryoma’s moves appear fearsome with dark purple and and orange energy lingering in the air with each swipe of his weapon. There is little doubt that this determined warrior will not rest until all his enemies are put down.

Standing against him is the mage Diaochan. The story goes that she is a mutant fighting against the Gunslingers after being abandoned by her parents. She was found by a mutant organisation and has harnessed her radioactive powers to stop anyone that stands in her way.

It is not known whether this mysterious organisation is fighting the Gunslingers for nefarious reasons or are genuinely struggling to survive, defending themselves from them.

Casting aside the normal mage robes, Diaochan dons street clothes with a bright purple jacket and a special staff to hone her powers. It looks like Diaochan created this staff herself with the limited resources she had access to. She definitely will not hesitate to use the staff’s powers on her foes if they step over the line.

Only time will tell which one of these fierce fighters will emerge victorious in the Arena of Valor. The Exoskeletal Armor skins are part of Valor Pass Season 19.