Nt: ‘EVOS Esports will qualify for the RoV Pro League Playoffs next season’

EVOS finished at the fifth spot, just missing out on a playoff berth. 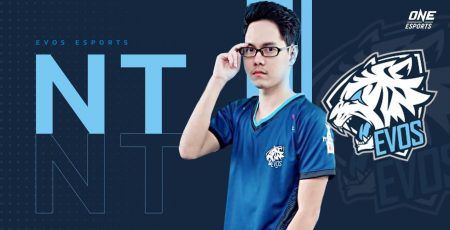 Abyssal Dragon laner Methus “Nt” Meechom made a promise to EVOS Esports fans that their team will do their best to make it among the top four teams in the next season of Garena Thailand’s RoV Pro League.

EVOS Esports failed to qualify for the Playoffs of the RoV Pro League 2020 Summer, losing to Talon Esports in the final game of the Group Stage. Their best-of-five series was a closely contested affair, resulting in a final score of 2-3.

EVOS Esports landed on the fifth spot of the tournament rankings, almost making it to the Playoffs.

“I’m disappointed that I couldn’t lead our team to the Playoffs Finals last season. However, next season, I am confident that we can make it to the top 4,” Nt told ONE Esports Thailand.

“I admit that at the beginning of the season, our team had to adjust quite a lot because of me and KSSA (Pakinai Srivijarn), who just moved in and are not close to anyone.” he added.

The newcomers’ lack of familiarity with the original EVOS roster’s playing style took its toll on the team’s overall performance. But Nt is optimistic about how the team gelled toward the end of the season.

“It took more than half of the season before we got used to [the original roster’s play style],” Nt admitted. “[But] everything is all better now since both sides have already adjusted.”

“I want to apologize to the fans. I also want them to continue cheering for us. Everyone will try to play better in order to make it to the top 4 and finally be able to play in the Playoffs for the next season.”

Read more: 14 top teams will battle it out in the Arena Of Valor Premier League 2020