The pink team has been eliminated from the competition. 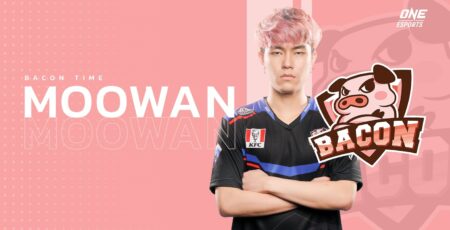 Only one Thai representative remains at the AWC 2021 competition and Bacon Time Moowan wishes nothing but the best for this team.

“To Buriram United Esports and Talon, please continue fighting for the first place. Please bring the AWC championship back to Thailand,” said Bacon Time Moowan on his Facebook page.

Buriram United Esports has been knocked out of the competition, leaving dtac Talon Esports the only Thai contender left at AWC 2021.

Bacon Time, too, had been eliminated by MAD Team during the AWC 2021 Quarterfinals. The Taiwanese team dominated the best-of-five series with a 3-1 score.

Bacon Time Moowan admitted that he still can’t figure what happened with his team during the international tournament.

“We played aggressive team fights and avoided making mistakes,” he said. “Then all of a sudden, before we even knew it, we were out of the competition. I don’t know what happened to us.”

Bacon Time Moowan also apologized to all his supporters, and said that their loss would serve as a learning experience for the whole team.

They popped off all throughout the tournament’s Group Stage by maintaining a perfect 12-0 record against Malaysia’s UndeRank, Indonesia’s ArchAngel, and Vietnam’s Saigon Phantom.

They struggled when the Knockout Stage started, losing to Taiwan’s MOP Team and MAD Team 3-1 in both series.

We’ll be seeing Bacon Time at the upcoming RPL 2021 Winter regular season which will likely start in August.