His sweet skin is sure to make waves. Valhein now sports a cool new look in the form of his Shark Tamer skin.

Rocking some sweet “street” gear, the Demon Hunter has loosened up by ditching his dark-colored clothing and donning something more vibrant. The outfit’s bright orange color is instantly recognizable even in the heat of battle. He also trades his signature black hat for a pair of goggles. Talk about letting down one’s hair!

That’s not all. To fit the water-theme of this skin, Valhein’s gun has received an appropriate makeover that turns it into a shark-shaped pistol! 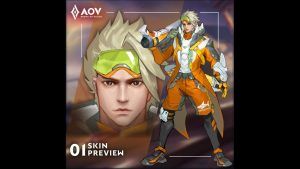 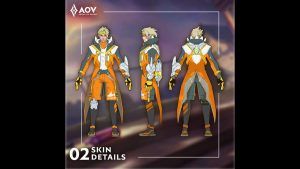 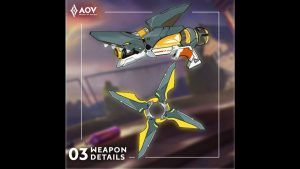 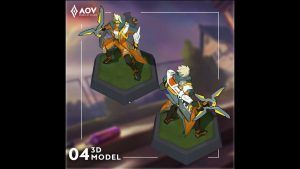 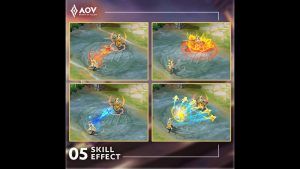 Even Valhein’s abilities have been updated with cool effects that are unique to this skin.

His Bloody Hunt ability sees him throw a glowing red glaive and casts a splash-like damage effect. Meanwhile, his Curse of Death ability has a cool blue streak that invokes the appearance of waves striking one’s foes.

Last but not least, Valhein’s ultimate ability Bullet Storm sees him fire six golden sharks — instead of silver bullets — at once. Snap! You just got bit by six sharks!

The long-range hero Valhein is one of the most familiar Arena of Valor heroes. He’s the first hero new players get introduced to when they start the game, although he remains relevant among veteran players.

With skills that stack status negative status effects while increasing his movement speed, Valhein strikes dread in the hearts of his enemies. The demon hunter is exactly the type of hero you need to control crowds of enemies. He holds his own in team fights and solo battles, too.

What do you think? Does this outfit make Valhein look cool? We can’t wait to try Valhein out again in this refreshing new skin.