AoV x One Punch Man: How to get Raz Saitama skin for free

Does this make Raz the strongest in AoV? 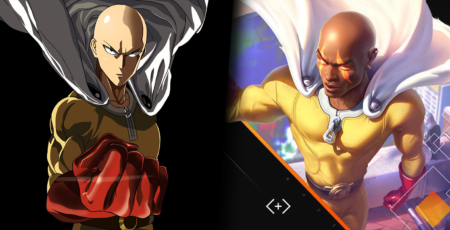 Garena’s Arena of Valor is celebrating its fifth anniversary, and the developers are adding one of the strongest anime characters to the multiplayer online battle arena (MOBA) game.

Arena of Valor has teamed up with the “One Punch Man” anime series for a special collaboration featuring its protagonist, Saitama. This is the game’s third anime collaboration after Sword Art Online and Bleach.

Here’s everything you need to know about Arena of Valor (AoV) and One Punch Man’s collaboration, including its release date, free skins, and heroes.

Anime heroes Tatsumaki, Genos, and Saitama are headed to the arena in AoV’s newest event. The teaser video for the collab showed Genos and Tatsumaki fighting neutral monsters, as well as the reworked Abyssal Dragon and Dark Slayer.

The video was even accompanied by a special theme song that’s as rad as Jam Project’s “THE HERO !!”, One Punch Man’s very first opening song.

Similar to AoV’s previous anime collabs, the existing heroes of the MOBA game takes the form of One Punch Man characters as limited edition skins.

How to get the Raz Saitama Cosplay skin for free?

As a treat to all players, Garena is giving away the Raz Saitama cosplay skin for free.

All you need to do is complete the “Raz Adventure X One-Punch Man” event, which will begin on Monday, November 1 on the Thailand, Indonesia, Vietnam, and Taiwan servers.