Booker will be taking his shooting skills from the hard court to the Apex Arena. 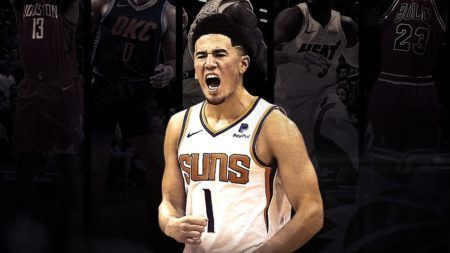 Since the NBA is currently in its offseason, up-and-coming NBA star Devin Booker has decided to take his sweet-shooting skills and competitive fire to an entirely different arena.

The Phoenix Suns shooting guard is joining the fray in the first ever ESPN EXP Pro-Am Apex Legends tournament.

Kicking off on July 11, the exhibition tournament will feature Apex Legends pro players teaming up with an impressive lineup of athletes and celebrities.

Three-player squads will compete for a US$25,000 prize purse that will be donated to the V Foundation for Cancer Research.

The EXP Pro-Am will be streamed live on Twitch via the ESPN Esports and Apex Legends channels, as well as on ESPN Esports’ YouTube channel.