Apex Legends Preseason Invitational: The teams to watch out for

Here are the five teams out of the 80 competing in the Apex Legends Preseason Invitational you should follow. 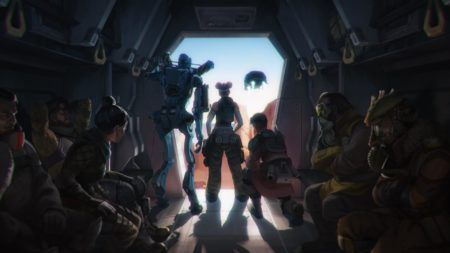 With 80 teams competing for a cut of the US$500,000 prize pool in the Apex Legends Preseason Invitational, you may be hard-pressed to find a team to follow and root for. So, let’s take a look at five teams that we think may have the best chance at winning it all.

TSM has a well-rounded roster that has a lot of experience throughout different shooters in Jordan “Reps” Wolfe, Mac “Albralelie” Kenzie Beckwith, and Phillip “ImperialHal” Dosen. ImperialHal in particular has been a standout performer, notably winning the Twitch Rivals: Apex Legends Solo Showdown in August.

Even so, the team’s greatest strength may be their chemistry and willingness to take risks, exemplified by their choice to run the off-meta legend Caustic for a few matches in the EXP Invitational. The competition in the Preseason Invitational is looking to be very cutthroat, but TSM may very well have the edge against them all.

NRG Esports is another team that is being pegged as favorites at the Preseason Invitational, though their prior results have been a bit inconsistent. While the team won Twitch Rivals — Road to TwitchCon San Diego #1 North America, they also notably faltered and finished at 13th place in the EXP Invitational.

Even so, NRG’s lineup is stacked, with Brandon “Ace” Winn and Coby “dizzy” Meadows placing second and fourth, respectively, in the Twitch Rivals: Apex Legends Solo Showdown. With former Ghost Gaming player Marshall ” Mohr ” Mohr rounding out their lineup for the Preseason Invitational, NRG winning it all won’t be too much of a surprise.

The team’s roster of Jared “zombs” Gitlin, Nathan “retzi” Telen, and Adam “senoxe” Lau are almost assured of another solid showing at the Preseason Invitational. But they probably won’t be satisfied with another good result, they would surely prefer a great one instead. They’ll be ones to watch out for as they go for gold.

While they ended up at seventh place in Minneapolis, they still hold a lot of . Team standout HusKers, who notably finished in third place at the Twitch Rivals: Apex Legends Solo Showdown, would be key in getting Rogue over the hump and take the crown at the Preseason Invitational.

When Gambit Esports picked up the squad formerly known as Fire Beavers, consisting of Artur “Artyco” Tishchenko, Danila “Sunset” Soloviov, and Per “siigN” Stian Venås, they got a team that could be the dark horse at the Preseason Invitational.

They have been tearing it up at the FACEIT Pro Series, finishing it as the team with the best overall results courtesy of Top 4 finishes in seven of the eight weeks of competition, with the only outlier being a sixth place finish in Week 3. Gambit’s lineup have shown they can hang with the best of the best, what better time for them to show they can win against them too than the Preseason Invitational?