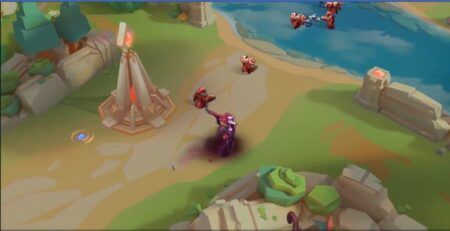 A fun and exciting new game mode is coming to mobile MOBA, Arena of Valor, in celebration of its fourth year anniversary.

It will be called Color Clash and will give players a refreshing version of the standard AoV map. With less details and a minimalist style, Color Clash pits two teams of five against each other. Each team must use the same hero (e.g. Yena for the blue team and Paine for the red team) to try to destroy each other’s cores.

Aside from transforming the AoV map, the game mode is called Color Clash because of the game-changing trio of colors that it introduces with the Phantom Form.

Activating the Phantom Form mode gives a hero a certain color which can be used to a player’s advantage:

Note that the Phantom Form has a 30-second cool down so use it wisely!

Arena of Valor’s Color Clash mode will be available in the Garena server from October 23 to October 25. Winning three games will grant players a name change card according to Garena RoV Thailand’s Facebook page.

Arena of Valor has more surprises prepared for all loyal players of the game, all of which will be announced soon.

READ MORE: Wards are coming back to Arena of Valor