CEO 2020 has been moved to December

Santa will be bringing fireballs and spinning piledrivers this Christmas. 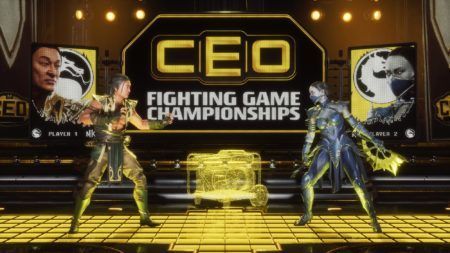 Head of CEO, Alex Jebailey, announced the schedule change through his official Twitter.

Jebailey officially moved the multi-FGC event after he used a poll to see if potential attendees would still attend. The poll ended with 92% saying that they would still go to CEO at a later date.

As for the event’s Japanese counterpart, CEOtaku, it will proceed with its planned date in September. With the CEO reschedule, Jebailey is ready to make the same changes for CEOtaku if the CoVID-19 situation is still at large.

“If things don’t improve over the summer for CEOtaku in September then I’ll also plan accordingly,” stated Jebailey. “Moving to December also helps me avoid major liability if the pandemic continues. Thank you for everyone’s patience as I work on it all.”

While Jebailey has officialized the move, he asks for everyone concerned to leave their questions for this Friday. The tournament organizer is still working out such things as line-up changes and hotel accommodations to finalize the new date.

READ MORE: The unique way the FGC has been handling the CoVID-19 crisis