Xian defeats Bonchan in a crazy match at the SEA Major

Xian avenged his loss to Bonchan at the Versus Masters 2019 grand final. 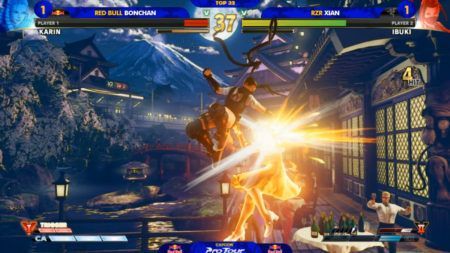 Kun Xian “Xian” Ho was able to defeat reigning Evo champ and current CPT number one ranked player, Masato “Bonchan” Takahashi, in his own backyard at the SEA Major today.

The two met during an intense Top 32 winners clash, with Bonchan taking the first set thanks to a beautiful Critical Art finish.

Bonchan was able to win the first round of the last game by keeping Xian in the corner where he landed counter-hits that moved him to match point.

But Xian’s constant air attacks kept Bonchan grounded and he was able to level the score by taking round two.

In the final round of the match, Xian was able to close it out with a beautiful air-cross-up attack that led to a whiff punish to EX Kunai, sending Bonchan down to the losers bracket.