Infexious teaches you how to defend like a pro 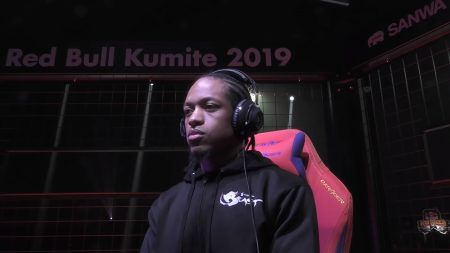 DC “Infexious” Coleman is back with his “Play like the Pros” tutorial series. Infexious previously explained the mechanics of fireball traps and how to shimmy.

First, Infexious explains that a wake up is the act of getting up from the ground after being knocked down. He then details all five wake up options in SFV and reveals their advantages and disadvantages.

Crouch blocking defends players from mid and low attacks. But, they will be vulnerable to throws and overhead attacks.

Players can also surprise their opponents with a wake up attack. The success of this option relies on choosing the right kind of wake up recovery: normal recovery, back recovery, or delayed recovery. According to Infexious, wake up low attack is one of the best options in the game because most opponents expect players to use an invincible move on wake up.

The delayed throw tech is one of the more advanced defensive options in the game because it will stop both incoming attacks and throws. The only disadvantage this option has is that it will always lose to a shimmy.

The final and most common wake up option is to use an invincible move. Throwing a Dragon Punch or Critical Art are invincible moves that keep opponents on their toes and halts any type of offensive pressure they have. But if the move is blocked, players will be left wide open and will give opponents enough time to set up a calculated punish.

Infexious then explained that there isn’t a single best defensive option. “Having a strong defense, that is built on an understanding of how an opponent is attacking, is what often separates the pros from the rest.”