The new World League will be the highest level of PUBG Mobile esports. 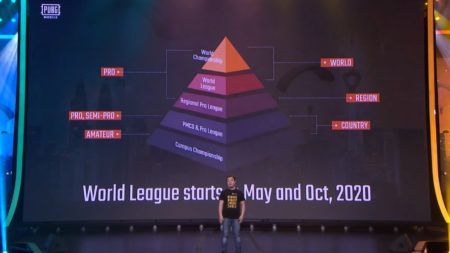 James Yang, Director of PUBG Mobile Esports, took the stage and announced the new World League, which will be the highest level of pro play, and will lead into the PUBG Mobile World Championship.

In the 2020 format, the current PMCO and country-level Pro Leagues will feed into the new Regional Pro Leagues, which will, in turn, lead to the World League, and ultimately the World Championship.

So far, Tencent has announced Pro Leagues for Indonesia, Malaysia, Thailand, and Vietnam.

In the World League, the winners of the America, Europe, and South East Asia regional leagues will face off against each other.

Yang also announced that the total prize pool for PUBG Mobile esports in 2020 will exceed US$5 million.