She might be a tank or a DPS, but a Queen likely won’t play support. 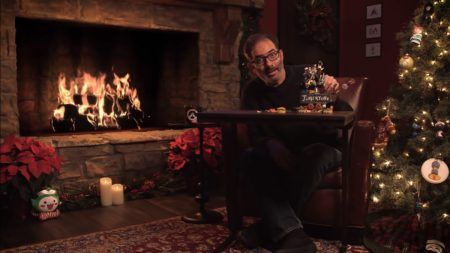 On Christmas Eve, game director Jeff Kaplan sat down for Overwatch’s annual Yule Log stream and dropped a big tease for the game’s next hero. Could the Junker Queen be next in line as Overwatch’s 32nd playable character?

“I wonder if the Queen is ever going to be a hero,” Kaplan wondered out loud as he assembled LEGO’s Junkrat and Roadhog set. Junker Queen has received plenty of buzz from Overwatch players and fans since she was introduced to the game’s overarching story.

Kaplan pointed out that it “doesn’t make a lot of sense” for Junker Queen to be a Support character. She fancies herself a queen, after all. So what role would she play if ever she joins the ranks of Overwatch heroes?

“Maybe she’s a tank. She could be damage… Damage or tank would be cool,” Kaplan added.

Overwatch is currently at the tail end of its Winter Wonderland holiday event. And with last month’s confirmation that Overwatch 2 is already in the works, little has been officially revealed about the next big plans for the original game. Only time will tell if Kaplan’s musings about Junker Queen hold water.