These in-game bonuses may soon be available to those who pre-ordered Warcraft 3: Reforged. 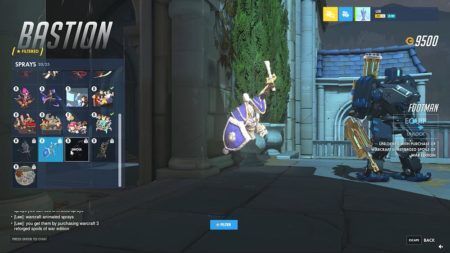 The spray motifs library in Overwatch has four new but familiar options for players to choose from. The new additions may be recognized as Warcraft 3: Reforged units — particularly Night Elf’s Archer, Alliance’s Footman, an Undead Ghoul, and the Orc’s Grunt.

All four sprites, which look like high-res animated GIF images taken from the remastered game, are currently locked. And with no immediate updates from Activision Blizzard, many believe that those who have pre-ordered the Warcraft 3: Reforged Spoils of War Edition will be able to access them when the new game launches.

If you want to check out the “hidden” sprays, follow these instructions:

More details, like the Warcraft 3: Reforged release date and the official announcement about these tie-in bonuses for Overwatch are likely to be dropping at this year’s BlizzCon, which happens on November 1-2.

READ ALSO: Genji and Symmetra are getting World of Warcraft skins for BlizzCon