Overwatch gets an official Switch port

Because the world needs heroes… on-the-go. 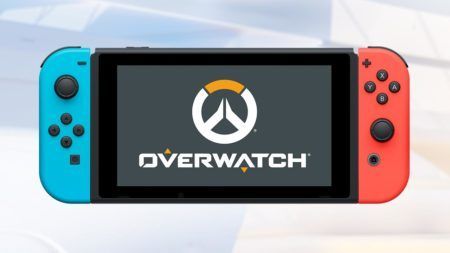 It’s been long-rumored, but Blizzard Entertainment’s first-person shooter game Overwatch is finally making its way to a portable console.

The Nintendo Switch joins the ranks of other consoles, such as the Sony PlayStation 4 and the Microsoft Xbox One to feature the shooter, but with the advantage of being able to be played on-the-go. The announcement also headlined the Nintendo Direct broadcast.

Overwatch will utilize the Switch’s gyroscopic motion controls for aiming of your hero’s weapons and the joycon’s analog sticks for movement within the map. A total of 31 heroes can be played in the game, including the most popular ones, such as D.Va, Mercy, and Soldier 76.

Fans can now pre-purchase the game before its launch on October 15.

The pre-purchased copy includes a limited-time Noire Widowmaker skin and a bonus Nintendo Switch Online membership. The Online membership comes in a redeemable code and will last for three months.

Overwatch will also give out one golden loot box with a guaranteed Legendary item to players of its Nintendo Switch edition if they log in before December 31.

Overwatch is also available on the PC, PlayStation 4, and Xbox.