Despite using an ice wall and blowing an ultimate, Dignitas could not escape Cloud9. 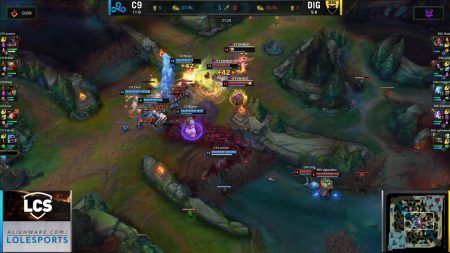 After an initial clash, Huni tried to retreat, using his ultimate to push C9 back. Froggen also built an ice wall to keep C9 out of their reach, but the Cloud9 duo would not be denied.

Nisqy flashed through the obstacle and stunned Huni, Froggen, and Johnsun in a Petrifying Gaze, which Zven followed up on with a two-skill barrage of bullets.

C9 went on to win the match, extending their win streak to a perfect 12-0.