They did not bring a substitute mid laner. 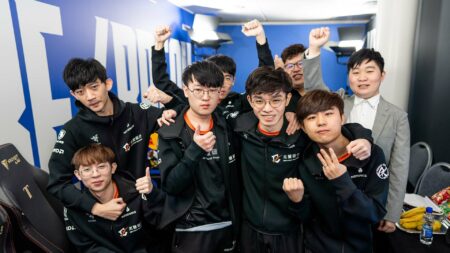 Pacific Championship Series’ (PCS) second seed Beyond Gaming from Taiwan did not bring along any substitute mid laners to Reykjavik, Iceland, where Worlds 2021 is held. Since PCS Spring 2020, Maoan has been their sole mid laner.

According to Tom Martell, Riot Games’ LoL Esports Director of Operations, Maoan violated Rule 9.3 of the 2021 World Championship that “prohibits association with gambling”.

Based on a leaked screenshot showing the chat between Maoan and gamblers posted by retired professional League of Legends player Michael “bigfatlp” Tang on Twitter, Maoan revealed the team’s pick and ban draft plans by stating that the odds of Beyond Gaming picking Sylas and Orianna were high.

However, none of these champions were picked by the team during their best-of-five match against Galatasaray Esports, and the gamblers outed him.

The PCS team owner Dinter later posted an apology on Facebook, and stated that the ideal outcome would be for Riot Games to allow Maoan to play so that the rest of the players who worked hard to get to this point will not be affected by his actions.

Beyond Gaming has two registered top laners at Worlds 2021, Hsieh “PK” Yu-Ting, who has been competing on the main roster, and Wu “Liang” Liang-Te, their substitute.

Against Hanwha Life Esports today, it’s possible that one of these players might have to role swap to mid and go up against one of the best players in the tournament, Jeong “Chovy” Ji-hoon.

Update: PK played mid, while Liang was fielded top in their match against Hanwha Life Esports.