Watch this 1v1 between TL Jensen and TSM Bjergsen

Anivia’s back in the meta! 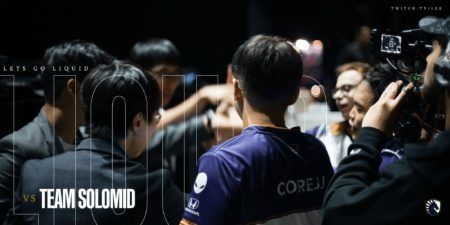 Ever seen an Anivia outplay a Zed on the top lane?

Well, if you haven’t, you are in luck because Nicolaj “Jensen” Jensen of Team Liquid (TL) did just that in their match against Team SoloMid (TSM) at the NA League of Legends Championship Series Summer Split.

TL Jensen then made sure that TSM Bjergsen’s Zed would not be able to escape his death and blocked his escape with a wall of ice using Crystallize. In an attempt to get out of the storm, TSM Bjergsen used Zed’s ultimate Death Mark. However, the move did not save him from TL Jensen’s outplay.

The round concluded with a victory for Team Liquid.