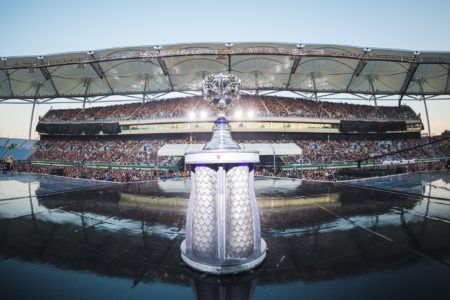 Riot Games has announced that Berlin, Madrid, and Paris will be the host cities for this year’s Worlds.

Like the Mid-Season Invitational, the World Championship will consist of a play-in stage, group stage, knock-out stage, and the grand finals.

The play-in stage and group stage will start in October in Berlin at the Verti Music Hall, followed by the knock-out stage at the Palacio Vistalegre in Madrid, Spain.

The two remaining teams will then proceed to Paris, France for the grand finals at the AccorHotels Arena on November 10.

The winning team will bring home the Summoner’s Cup and the World Champion title.

Riot Games also announced its plans to make China and America hosts for the 2020 and 2021 World Championship.