The best new junglers to play at every skill level in patch 10.4

Not sure which of the new junglers you should try out? We’ve got you covered. 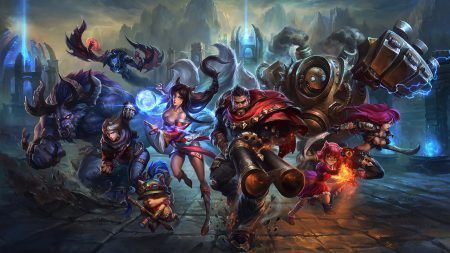 League of Legends Patch 10.4 was a big one. With nerfs to Soraka and Sona in the top lane, buffs to tank items, adjustments to runes, and the addition of jungle capabilities to champions we don’t traditionally see in that role, it has completely changed the meta.

Darius, Diana, Garen, Gnar, Mordekaiser, Talon, and Zed have all had certain skills or their passive changed so that they deal more damage to jungle monsters.

This is the first time Riot Games has given a boost to off-meta junglers to help them in their clear.

The best new junglers for every skill level

So when it comes to these champions that were not originally designed to be junglers, it is difficult to put them in either category. These buffs will not propel them into professional play, but they do give off-role players more options to fill while climbing the ranked ladder.

If you’re keen to try them out, we’ve grouped them into three levels of difficulty.

If you’re not having any luck with these new junglers, the top tier meta junglers, Ekko, Elise, Jarven IV, and Lee Sin are still top picks.

If you’re looking for less mainstream junglers, Camille is making a comeback alongside Pantheon who was successfully used by Jankos of G2 Esports in their match against SK Gaming in the LEC.