See your favorite League characters in a new light. 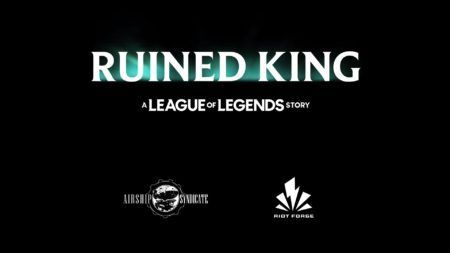 During The Game Awards, Riot finally teased us with some upcoming projects from their new publishing label, Riot Forge. From the short videos, Riot Forge is expanding the League universe with two games: The Ruined King and CONV/RGENCE.

The Ruined King will be a turn-based, role-playing game that tells us a tale hailing from the shores of Bilgewater. The story takes place after the Burning Tides, the fiery event in which Miss Fortune took the life of pirate king Gangplank. Although the trailer featured the harrowing character of Thresh and his lantern, he mentions the possible return of the pirate king.

As for the development of Ruined King, Riot has taken in developer Airship Syndicate, known for Battlechasers: Night War and Darksiders Genesis, to lead the project.

The second game, CONV/RGENCE, brings us to a more technologically advanced part of Runeterra, Zaun. With chemicals and chaos in the air, our main focus is brought to Zaun native and time manipulator, Ekko. From the looks of the trailer, it will have a more cartoon-like art style to compliment the single-player action-platformer. CONV/RGENCE’s development will be done by Double Stallion Games.

Although Riot Forge has not given us a release date yet, these story-games may help piece together the next chapter of League lore in 2020.