CLG meowed their way to victory. 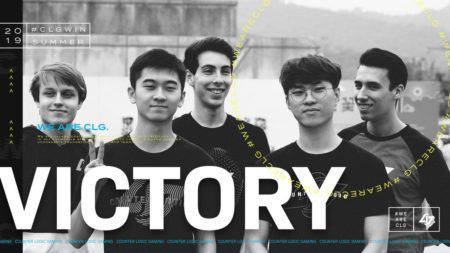 The adorable League of Legends magical cat champion could likely be too strong.

Fans witnessed crazy Yuumi plays by Counter Logic Gaming’s (CLG) Vincent “Biofrost” Wang, as they took the win against 100 Thieves (100) on the opening day of the Summer Split 2019.

Yuumi was picked for the first time ever at the North America League of Legends Championship Series (LCS), with CLG’s Biofrost claiming that she is a “broken” champion.

CLG Biofrost claimed that Yuumi is a “broken” champion and promises to show off more of her kit in the upcoming matches at the NA LCS as revealed in a post-game interview by Rivington “RivingtonThe3rd” Bisland III.

“I think Yuumi is really, really broken. If she gets ahead she pretty much just destroys every lane. I think the only issue of Yuumi is that if you get behind it’s really hard to come back because she doesn’t have a good comeback material, but she’s insanely broken,” said Biofrost in a post-game interview.

CLG Biofrost had made good use of Final Chapter, Yuumi’s ultimate ability, to his team’s advantage.

Yuumi’s first prey was 100 Zaqueri “aphromoo” Black’s Rakan, who immediately got rooted after attempting to clear a ward in the bottom lane tribush. This resulted in a kill by CLG Raymond “Wiggily” Griffin’s Sejuani.

Rooting multiple enemies at once using Final Chapter takes some practice, but for CLG Biofrost made it look easy.

By the 18-minute mark, CLG is already in full control of the top half of the map with most of 100’s tier-one turrets already taken down.

The match ended with a 12-3 score in favor of Counter Logic Gaming.