His insane plays made him the MVP. 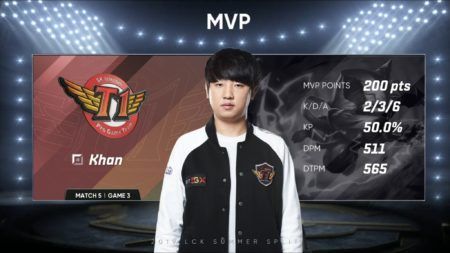 SK Telecom T1 (SKT) was off to a good start against Jin Air Greenwings (JAG) as they ended their series with a 2-1 score in the League of Legends Champions Korea Summer Split 2019.

For the first game, JAG took the lead in both team kills and gold, even destroying SKT’s middle inhibitor at the 36-minute mark of the match.

With this unbelievable ability power coming from SKT Khan, the team was able to push lanes, destroy JAG’s nexus, and win the round.