He was the first non-Korean coach in the LCK. 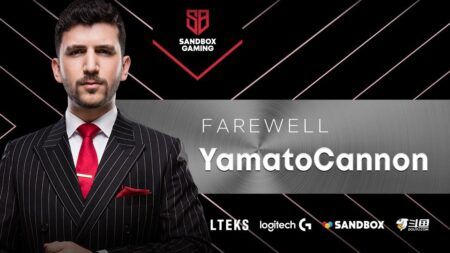 After just one split with SANDBOX Gaming, Jakob “YamatoCannon” Mebdi has officially announced his departure as head coach from the LCK team. While the organization did their best to keep YamatoCannon for the 2021 season, he declined the offer due to undisclosed personal reasons.

Looking back at his move to the Korean region, the EU native was the first non-Korean head coach of the LCK and faced many struggles going into the Summer Split. SANDBOX just returned to the LCK through the 2020 LCK Summer Promotion and YC had to carry their momentum into the Summer Split.

Despite being signed in May 2020, YamatoCannon had to quarantine for the first five games of SANDBOX Gaming and admitted that he and fellow coach Cho “Joker” Jae-eup had frequent conversations that were lost in translation.

While the team faced two weeks of losses without Yamato by their side, the team immediately bounced back with four-game winning streak. SANDBOX Gaming eventually ended the season on a win against Hanwha Life Esports, putting them in seventh place with a 7-11 record.

The team may still be far from being amongst the upper-tier LCK teams, but SANDBOX has definitely improved in teamwork and cooperation under the triple-threat coaching of Yamato, Joker, and Jeon “FanTaSy” Myeong-hoon.

“It is with a heavy heart that I announce I’ll no longer be the head coach of SANDBOX Gaming,” stated Yamato. “It is very bitter because I know that the story and what we began is far from finished, but I know that SANDBOX’s future is going to be bright.”