Which regions will you be specializing in? 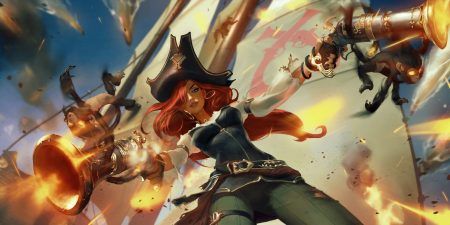 Legends of Runeterra, Riot Games’ collectible card game, will officially launch cross-platform on PC and mobile globally on May 1, adding more than 120 cards and a new region, Bilgewater.

Patch 1.0 and the new expansion, Rising Tides, will go live with the launch. Among the newly added cards, 11 are Champions. Five of these Champions hail from Bilgewater, the seventh region of the game. The remaining new Champions will supplement each of the existing six regions.

There will also be six new keywords that introduce new mechanics to the game – Deep, Scout, Vulnerable, Attune, Plunder, and Toss.

Andrew “Riot Umbrage” Yip, the Design Director of Legends of Runeterra, also shared a new mechanic for the launch: Players will be able to replace a unit from their hand if they have already maxed out six allies on the board.

Card and champion reveals on Legends of Runeterra’s official Twitter account have been ongoing for the last few weeks. Out of all the iconic League of Legends champions, the most recent fan-favorite is Miss Fortune, a key figure of Bligewater in the League of Legends universe.

If you want the receive the exclusive Moonstruck Poro Guardian launch reward, remember to log into Legends of Runeterra before 3 p.m. GMT +8 on May 8.

READ MORE: Legends of Runeterra mobile is the perfect game for commuting