Legends of Runeterra mobile is the perfect game for commuting

Singapore will be the first country in the region to launch the game. 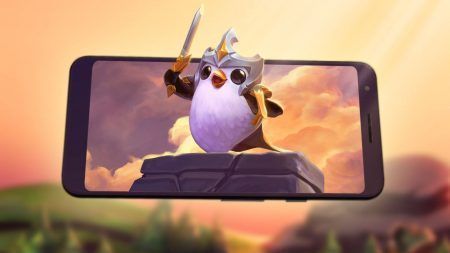 Legends of Runeterra, the new strategy-driven card game from Riot Games, is all set for its premiere launch in Singapore.

Singaporean players will be the first in the world to have access to LoR mobile, which is now available from the Apple App Store and Google Play. They will gain access and receive LoR’s full features on iOS or Android devices on March 11.

An Open Beta version for PC will also be made available in Singapore at the same time.

As this is Riot Games’ first published game in Singapore, you will need to sign up for a brand new Riot account. To create one and download the PC Open Beta, visit http://playruneterra.com/en-sg.

Requiring skill, creativity, and wit, LoR promises to be fun and fast so that you can play it while commuting.

In the game, you build decks by earning cards as you play, or purchase them from the store. The first set will contain 6 regions, 24 champions, and more than 300 cards.

Unlike other card games, the most unique aspect of LoR is that each player is allowed to attack only on every other turn.

Jeff Jew, Executive Producer of LoR shared that the team tested earlier versions where either player could attack each round, but decided not to go in this direction.

“Some of the reasons why we went into attack and defense rounds was to add high clarity to moments where players should be attacking and try to end the game,” said Jew.

Right from the start, LoR’s interface was designed for mobile which players can enjoy on the go. It is also for this reason that the team at Riot Games will be paying close attention to the length of games during this open beta period.

Jew added that Riot expected the average game length to be around 12 minutes, and that they were happy with that, but also added that some decks and matchups could go on longer. Additionally, newer players could also have longer matches because they “may be less confident in attacking”.

Another factor that contributes to game length is the timer. The clock serves to give players time to think and strategize. On the other hand, it could create a poor experience for players who sit through longer lengths of time as they wait for their opponent to end their turn.

“The timer is actually quite nuanced. It’s not the same every time. It does give you more time if you take actions quicker,” said Jew, who added that if Riot gets feedback that players only needed half the time, or if that players are delaying to troll, Riot will take action.

In this testing phase, Riot Games is looking to gather feedback from players so that they can make adjustments before the official launch, which date remains unknown, though it’s pegged for this year.

LoR will remain in beta until then, which will see new sets, regions and champions will be added. It will also include the first ranked season where players can climb from Iron to Master tier like in LoL.

League of Legends players will recognize icnoic characters as the game expands on the Runeterra universe. Each character possesses its own strategic advantage, and there are new ones to boot.

Competitive card game fans too, can count on high levels of interaction, analysing playstyles and making deep progress in the game.

Accounts will not be reset going into the official launch, so you’ll keep all rewards earned. As long as you use the same log-in, your cards will be retained across all platforms.

READ MORE: Here are the patch notes for The Legends of Runeterra Open Beta