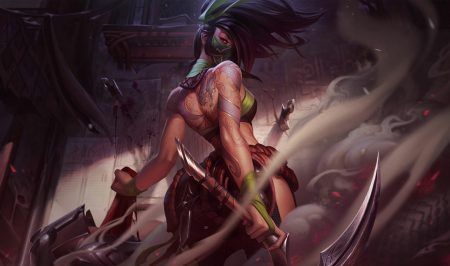 League of Legends Patch 10.3 rolls out today and includes changes to 16 characters, as well as a change to Jungle XP that partially reverts the previous nerf.

The biggest nerf comes to Akali, with changes to her entire kit:

“These changes are the result of her presence in pro play and aim to trim power there more than for everyday players. With that in mind, one of the biggest issues we wanted to tackle was the sheer number of options she had when approaching fights or surviving bad situations,” said Riot Games Communications Hanna “Shio Shoujo” Woo.

Newcomer, Sett has also received some pretty hefty nerfs. His base health regen has been decreased from 9.25 to 8, the scaling on his base damage has been decreased, and the cooldown on his Haymaker ability has been increased.

In the 2019 preseason, Riot nerfed Junglers through the amount of XP they received. However, due to overwhelming negative community response, they’re now undoing some of those changes.

And large jungle monsters now give 60 experience, up from 50, while Small and Medium Krugs now give more XP and gold. However to compensate, Large Krugs give slightly less XP and gold.

With these changes, junglers with healthy clears such as Elise, Sejuani, Nunu, Zac, and Graves really shine.

Single-target champions like Master Yi and Vi have been nerfed with slow clear speeds. The 10.3 meta revolves around junglers’ clearing speed and ganking ability before reaching level 6.

Summoners can also try Amumu, Jarvan IV, Rammus, Mundo, Nocturne, Ekko, Shaco, Master Yi, Warwick, Trundle, Sett, and Kayn for a good jungle pick. However, they may have to work around a good mid-lane champion.

The patch also includes the much-awaited visual upgrades for Annie, Malphite, and Nautilus.

You can read the full notes here.

READ MORE: Yasuo’s brother Yone could be the next champion to debut