Don’t understand Japanese? The Internet has you covered. 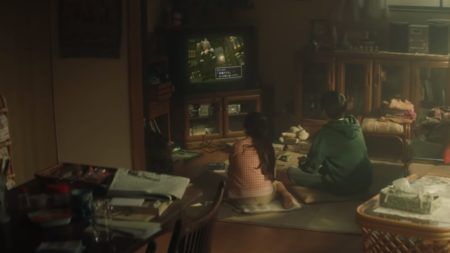 As hype goes, the Final Fantasy VII Remake could be the best game you’ll ever play.

Square Enix’s marketing for its 2020 release is already on overdrive, thanks to a 13-minute long short film peppered with in-game references that hits hard on the nostalgia factor.

You follow a young couple with an estranged relation to the original Final Fantasy VII game. Mizushima, has never played the game while his partner, Kana, watched her older brother play when she was young.

As the trailer goes on, Mizushima dives deep into the world of Midgar due to his workmates’ constant discussion of significant plotlines. At night, the couple meets for a typical date at a bar called “Seventh Heaven,” the same name of the bar that Tifa Lockhart owns.

As the two converse about the game, an avid FFVII fan interrupts the two and becomes amazed at how Mizushima has never played the game.

The fan then makes a beautiful point about how life-changing the game was to millions in Japan and, in turn, the whole world. We won’t spoil it for you, but you’ll be totally sucked in by this ad.

While the trailer may be lacking in showing new gameplay, it cleverly taps on the intrinsic influence that the 1997 JPRG classic has had on our lives.

And with the highly-anticipated remake, it seems that Square Enix is more than ready to make another once-in-a-lifetime experience for the current generation of gamers.

READ MORE: The new Final Fantasy VII trailer is out