Get ready to be jumped by headcrabs like never before. 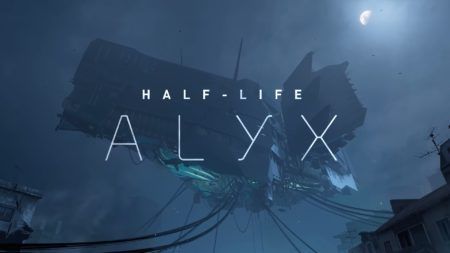 Valve has released a series of videos showing gameplay from the highly-anticipated Half-Life: Alyx, a full-length VR installment of the beloved franchise due for release on March 23.

The first two previews focus on how players will move around and interact with objects in the environment as they guide protagonist, Alyx Vance, through the ruins of the world and continue the fight against the menacing Combine.

Players will have two options for movement in the game. The first is the free directional movement used in many VR titles while the other is a teleportation-style system where players indicate where they want to go in the environment and then pop up there.

The previews show how that second movement option can be used to immediately duck behind cover or strategically appear behind enemies to easily dispatch them.

There are also a lot of hand-based interactions in the game, as the previews show Alyx tip over buckets to search for items, dislodge debris to uncover new pathways, and even flip a dead headcrab over by using the tip of her pistol.

Aside from featuring many of the series’ classic enemies such as the headcrabs, barnacles, and legions of Combine soldiers, Half-Life: Alyx also sees the return of the health stations and medkits from the original PC games.

Meanwhile, the third preview focuses on the game’s semi-realistic combat that will see players manually reload their weapons in the middle of hectic gunfights.

Shooting with reckless abandon won’t be the only way players can win fights, however, as the highly interactive combat system also allows them to use things like car doors as impromptu cover or grab grenades from mid-air to lob them back at enemies.

Half-Life: Alyx also adds another level of customization to the series’ weapons system.

The previews show that players can collect a mysterious material called “resin” to add lasting features to their guns or even attach a grenade to it for a makeshift grenade launcher.

The highly interactive environments and excellent music score seem to make for a very immersive experience from what we’ve seen so far. Alyx’s penchant for reacting to what’s in front of her and making the occasional quip also makes for a nice contrast from the utter silence of the series’ original protagonist, Gordon Freeman.

Valve first announced Half-Life: Alyx last November, saying that the game is set before Half-Life 2 and its sequel episodes. The game will be VR-only but will still be playable on any PC-based headset.