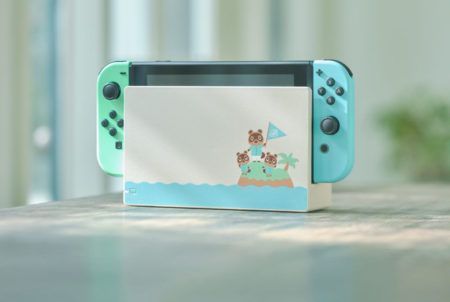 Nintendo has just revealed a limited-edition version of the Nintendo Switch to coincide with the upcoming release of Animal Crossing: New Horizons.

The console is done up in pastel colors and includes a dock featuring Tom Nook and his adorable nephews Timmy and Tommy.

The removable joy-con controllers are done up in pastel green and blue.

While the back of the console is embossed with waves and pine trees.

The console even comes with a matching carry case with an Animal Crossing teal leaf motif on it.

It’s worth noting that the console does not come bundled with the game, which launches the following week on March 20.