Dead or alive, you’re coming with me! 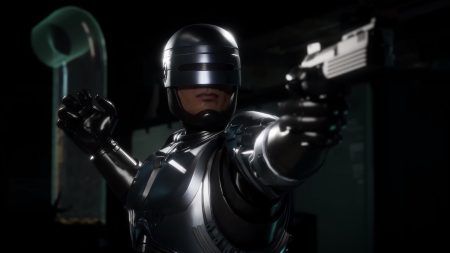 Aftermath will bring players right back into MK11’s ending. New time god Liu Kang has made a grave mistake in the recreation of time, but Shang Tsung looks to lend a hand in fixing past, present, and future wrongdoing.

While the longtime MK villain seems a little too eager to help Liu Kang and Raiden, he believes that they can restart history together if they go back in time and take Kronika’s crown before Liu Kang destroys it. With no other option, Liu Kang is forced to side with Shang Tsung to resolve things once more.

Along with the expanding cinematic story, Aftermath grants players access to three new stages, including Klassic Dead Pool and Soul Chamber, and three familiar characters. The first new additions to the roster are franchise mainstays, Raiden’s brother Fujin and Shokan queen Sheeva. The two are seen as Shang Tsung’s bodyguards in the cinematic trailer, but these characters can still pack a menacing punch and whirlwind in PvP mode.

As for the last character, MK brings another guest personality into the franchise with RoboCop. Voiced by original RoboCop actor Peter Weller, RoboCop will be the fourth guest character in MK11, alongside Terminator T-800, Spawn, and The Joker.

Last, but not least, “friendship” finishers will be returning to the series complete with balloon lettering as a G-rated ending to all of your brutal battles. Friendships were last seen in Mortal Kombat 3. MK co-creator Ed Boon teased Sub-Zero’s ice cream cart Friendship:

Mortal Kombat 11: Aftermath will be released digitally for US$40 on May 26.

READ MORE: Punk is back with Panda Global