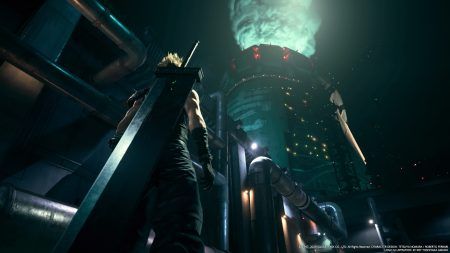 Updated at April 15, 3:40 p.m. (GMT +8): Updated the review with more impressions after finishing the game.

Final Fantasy VII Remake has been a long time coming, and the game is set to satisfy both old and new fans alike with a fresh take on the classic series.

While Square Enix could have chosen the easy route of simply HD remastering the original game, instead the game developer decided to rework the entire game from scratch.

What you get is a game that reimagines the original, while still adding plenty of backstory, twists, a new combat experience, and lots and lots of voice acting. If you like your JPRGs, the good news is that FFVII Remake delivers this, both in a good and bad way.

The game is visually stunning, with a distinct art style that makes each character stand out. The story, combined with the superb Japanese voice acting, such as when Barret Wallace hums the Final Fantasy victory tune after a hard-fought battle, helps sell the experience that you’re now in the bustling city of Midgar, located a few kilometers above the ground.

It’s also a jarring contrast when you actually leave the clean and beautiful metropolis for the first time for the rubbish-filled slums located below the giant steel plates of the city.

Then there’s the music. Nobuo Uematsu’s original score has been expanded upon, filling your ears with nostalgic goodness as familiar themes are conjured up by a full orchestra. The new tracks are also worth a listen.

I’m noticing things I may not have paid attention to the first time I played the original FFVII two decades ago, and it helps that I’m not staring at a VGA display with a limited resolution and boxy polygon characters. Instead, I’m treated to a beautifully realized world on my 4K HDR display that really brings every detail to life.

Lush visuals aside, the new combat system is also a ton of fun. While purists may weep for the old turn-based system, the real-time Active Time Battle is faster-paced and a better fit for the action. It’s not mindless hack-and-slash, as you’ll still have to pay attention to your health as well as using your special abilities once your ATB meter fills up.

It will keep you on your toes too. Just as I’m sure I’ve gotten the hang of things, I’ll get surprised by a new mechanic that wipes my team.

While Square Enix has included a Classic option for those who want something similar to the original, it simply makes your character auto-attack mindlessly, while you wait for the ATB meter to fill up. The AI is also pretty dumb and takes time to actually line-up a hit. So skip this option if you want the best experience.

What I kind of dislike about the game though, is that it’s completely linear — you’re pretty much running in a straight line through the map in almost every location.

I’ve finally finished the game and no, there’s no open world segment, but the game does change things up when you get to a chapter with a hub where you’re running around doing quests to progress the story, but then it feels tedious doing fetch quests. You do get to revisit previous spots to finish up quests before you proceed to the final arc, though.

After you beat the game, you’ll be able to replay chapters and change certain outcomes in the game and experience it differently. There’s also a Hard mode that doesn’t let you use items, but you do get more AP to finish maxing out your materia as well as manuscripts to increase your weapon skill levels. It adds more replayability and a chance to experience this epic game again.

The original Final Fantasy VII was a breakthrough game that made players want for more — and that also explains the countless amount of spin-offs (as well as a movie!).

The FFVII Remake, in turn, isn’t just a remake, it enhances the original game with color and life while also modernizing the gameplay. And the best part is that it’s not even over yet — there are still more installments to look forward to.

Verdict: Shut up and take my money!

READ MORE: This is the best Final Fantasy game according to Japan (it’s not VII)