The classic Stars Wars shooter Jedi Knight: Jedi Academy finally made its cross-platform debut earlier this week. Initially released in 2003 as a Microsoft exclusive, the first- and third-person shooter is now officially also available for the Sony PlayStation 4 and the Nintendo Switch.

Jedi Academy puts young and aspiring Force-users to the test with Jedi Master Luke Skywalker. Players embark on plot-driven and user-selected missions to advance their Force powers to the highest level. Once you have perfected the ways of the Force, you can continue to fight for good with the Jedi or turn to the dark side, favoring power and evil.

The port features the same customization options as the original game, giving you various ways to tweak your character — from species to gender. As you progress through the game, you’ll also be able to switch your lightsaber for either dual lightsabers or a double-bladed staff akin to the one famously wielded by Sith Lord Darth Maul. 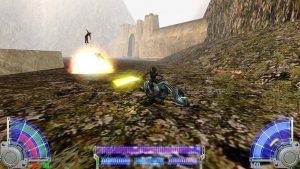 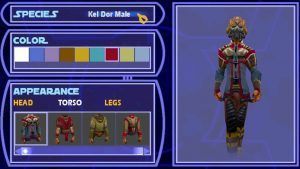 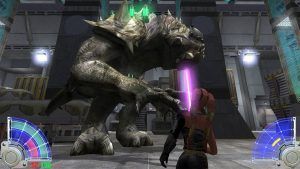 Jedi Academy features six online multiplayer modes including Siege, Capture the Flag, and Free for All. Each mode allows sixteen players to duel and ride various vehicles in each match, giving you and your friends the perfect setting for a full-fledged Jedi versus Sith war.

Star Wars Jedi Knight: Jedi Academy is currently priced at US$19.99 on the PS Store and the Nintendo Shop.

READ MORE: The best sniper montage on the internet is a Skyrim video