He earns a seat at the Grand Finals. 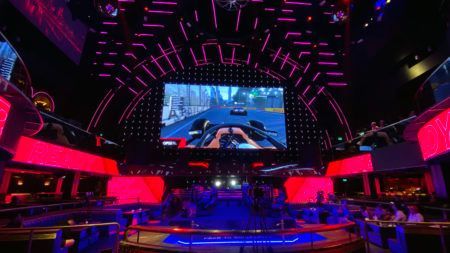 In the finals of the Race to Singapore tournament today, Australian Josh Purwien, outraced seven other competitors in his McLaren MCL34 F1 car to take the top podium spot.

The region’s eight fastest gamers battled it out in the F1 2019 game on a virtual Marina Bay Street Circuit, with the event taking place at the Marquee Singapore, a nightclub at Marina Bay Sands.

Race to Singapore, which took place just a day before the Singapore Grand Prix, is part of the McLaren Shadow Project, with the winner earning a spot at the Grand Finals which will take place at the McLaren Technology Centre in the UK in December.

While there’s no prize money for winning Race to Singapore, the eventual Grand Final winner for the second season of McLaren’s Shadow Project will receive a seat on the McLaren Shadow esports team, access to the elite driver program and a custom sim-racing set up installed at their home.