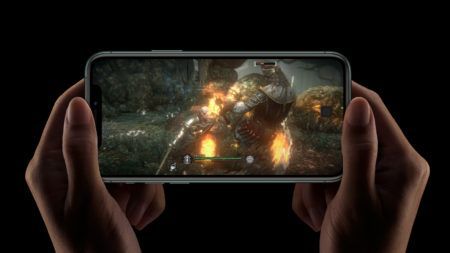 Dropping the R moniker from the previous iPhone XR, the US$699 iPhone 11 is the cheapest of the three phones introduced by Apple last night — joining the iPhone 11 Pro and the iPhone 11 Pro Max — and comes with a free year-long subscription for Apple’s new streaming service, Apple TV+.

Specs aside, it’s the introduction of the long-awaited Apple Arcade that should get gamers all hyped up. The US$5 monthly gaming subscription service comes with 100 new games that you won’t find on other platforms such as the Google Play Store or any other subscription service.

These games will come without ads and in-game purchases, and can be played offline. You’ll only need one single subscription to allow six family members to join in the fun.

Of course, you’ll want the best experience to play these new games, and arguably, the latest iPhones will offer that. While you’ll likely enjoy the experience on the iPhone 11, the US$999 iPhone 11 Pro and US$1,099 Pro Max feature a Super Retina XDR display for even blacker blacks and immersive HDR experiences.

Besides gaming, the triple camera set-up on the Pro and Pro Max should let you take the best shots, thanks to the Ultra-Wide, Wide, and Telephoto setup. On the iPhone 11, the dual-camera system features an Ultra-Wide and Wide lens combo.

Check back later for a review of Apple Arcade. In the meantime, here’s a quick list of games that Apple has announced: