All you need to know about Nintendo’s latest Direct

There will also be 20 SNES games available for free for Nintendo Switch Online members. 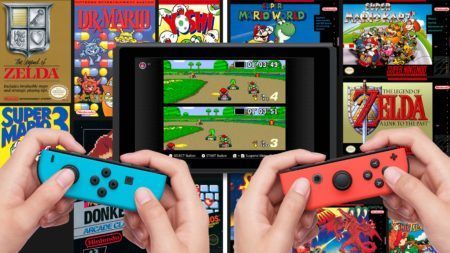 Nintendo players, prepare to be hit by pure nostalgia as 20 classic titles from the Super Nintendo Entertainment System (SNES) will be coming to the Switch this month.

Super Mario World 2: Yoshi’s Island, Star Fox, and Super Metroid are just some of the popular titles which will be ported on September 5. These games will be available for Nintendo Switch Online members at no added cost.

The announcement came from the Nintendo Direct, which focused on the upcoming Nintendo Switch games for the rest of 2019.

For one, first-person shooter game Overwatch has confirmed its launch on the Nintendo Switch system, with a release set for October 15.

Nintendo also gave a quick tour of the different parts of Luigi’s Mansion 3, which players can explore. There’s also a new multiplayer mode called ScreamPark where two to eight players can participate.

The bear and bird tandem duo of Banjo and Kazooie also made a brief appearance in the Direct, though instead of a new game, they are now available as fighters in Super Smash Bros. Ultimate.

Also joining the cast of the SSBU roster is Terry Bogard from the 90s game Fatal Fury, who will be available in November.

The Direct also revealed more details about the new Pokémon game Pokémon Sword and Shield with new features such as character customization, camping, and cooking curry for your Pokémon. New Pokémons resembling a teapot and a seagull were also unveiled.

Animal Crossing will also get a comeback on March 20, 2020. Here is a special short preview video on what players should expect in the game.

READ MORE: The US$200 Nintendo Switch Lite comes with no removable Joy-Cons