Invictus Gaming keeps their tournament hopes alive as one of the last two Chinese teams in Chengdu. 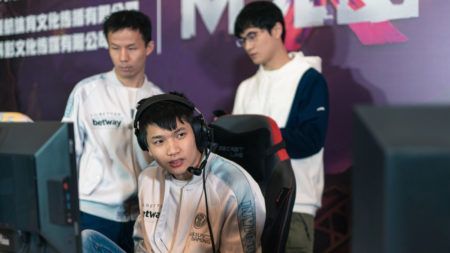 The action at the MDL Chengdu Major continued on Day 5 with two more elimination matches, along with another two Upper Bracket matches. The event will then move to the Main Event stage on November 22.

The first match of the day featured Dota Summit 11 Minor champions Invictus Gaming, who went up against the struggling Fnatic squad.

To start the series, iG drafted heroes like Phantom Assassin and Magnus that have been doing well at the Major, despite these not being heroes they’re known to play.

Meanwhile, Fnatic drafted five heroes with stuns. This helped them control the first 15 minutes of the game before the enemy team was able to farm their Black King Bars.

iG struggled to navigate through the map as Djarnel “Dj” Mampusti continued to catch them with his Eul’s Scepter on his Mirana.

Thaiy “JT-” Wen tried to go for a game-altering Reverse Polarity, but it was easily stopped by Fnatic, who ended the game at the 22-minute mark.

In game two, iG drafted a lineup they’re more familiar with. Zhou “Emo” Yi on the Ember Spirit controlled the tempo of the early game. They timed their rotations according to when the enemy Alchemist was going for his neutral creep stacks.

Dayrl “iceiceice” Xiang had a difficult game two, dropping to the bottom of the net worth after a die-back during a middle lane skirmish.

Nuengnara “23savage” Teeramahanon on the Alchemist was nullified by iG with their Ancient Apparition Ice Blast and Spirit Vessel that stopped the heroes Chemical Rage regeneration.

After iG took complete control of the Dire base at the 36-minute mark, Fnatic was forced to tap out and move on to game three.

iG continued their momentum by drafting a Storm Spirit for Emo. The Minor champions didn’t let Fnatic get into the game and constantly pressured their opponents off the middle and bottom lanes, at times even going past towers to get kills.

iG made an effort to have a huge advantage once the game reached the later stages. They often rotated as a full five squad to disrupt Fnatic’s farm on the Spectre.

Fnatic found some success when Emo overextended into the Radiant base, and iG also made some key mistakes. Jin “flyfly” Zhiyi mistimed his Rage-teleport exit and this gave Fnatic a little bit of hope.

However iG totally shutdown 23savage’s Spectre and this eventually lead to a convincing game three victory for the home team, eliminating Fnatic from the tournament.

With the win, Invictus Gaming has secured a Top 8 finish at the MDL Chengdu Major.

They will now face Beastcoast in the next Lower Bracket match.