Into the Invitational: The return of the DPC kings, Team Secret

Team Secret had the most consistent tournament record last year, but can they continue their success in Singapore? 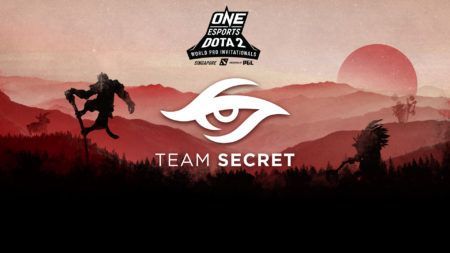 Team Secret dominated the previous DPC season by finishing in first place in the rankings.

The team started the 2018-2019 season strong with a second-place finish at the Kuala Lumpur Major, and then followed it up by winning the Chongqing Major, defeating Virtus.pro in the grand finals.

The European squad continued to play consistently all throughout the season, with a fourth-place finish at DreamLeague Season 11, and a second Major win of the season at MDL Disneyland Paris.

The only Major where the team struggled was the EPICENTER Major, but they had more than enough points to qualify for the International 2019 before the tournament started.

Going into TI9, Team Secret were the tournament favorite and the team to beat.

In the Group Stage, they finished 11-5, but fell in the first round following an amazing match against Evil Geniuses.

The team recovered in the Lower Bracket, eliminating Mineski, Infamous, and Vici Gaming, before losing to an on-fire Team Liquid, ending their TI9 campaign in fourth-place.

Update (December 14): Team Secret has announced that MidOne will be standing in for YapzOr in the Position 4 spot.

Team Secret has one of the most stable rosters in Dota, led by longtime captain, Clement “Puppey” Ivanov.

Matumbaman will be playing the Position 1 hard carry spot for Secret, while Michal “Nisha” Jankowski will be taking over the Position 2 spot.

Team Secret’s roster for the ONE Esports Dota 2 Invitational:

Team Secret have been taking a break since TI.

The team skipped out on the first DPC Major/Minor qualifier, which gave the spotlight to new teams like TNC Predator, who have won two tournaments in the last month.

Over in the European region, rival teams have made big moves in preparation for the 2019-2020 DPC season, while Team Secret watched on the sideline. Both Team Liquid and Alliance have new rosters, and will be looking to test their new rosters against last season’s number one ranked team.

The ONE Esports Dota 2 Singapore World Pro Invitational will be Secret’s first tournament of the new season. The top Dota 2 teams around the world will be keeping a close eye on Secret and their dominance in last year’s DPC will definitely make them a target for up and coming teams hoping to make a name for themselves.