Groups for the Kyiv Minor 2020 have been announced

Alliance will be the team to beat in the upcoming Minor. 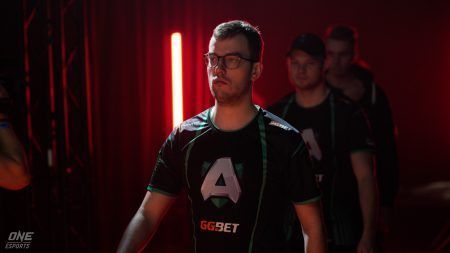 With the StarLadder ImbaTV Dota 2 Minor set as the third Minor of the 2019-2020 Dota Pro Circuit season set to begin on March 5, the organizers have finally released the Group Stage seeding for the tournament.

The teams have been separated based on their respective regions with Group A having Business Associates, forZe, Team Aster, and BOOM Esports. Meanwhile, Group B will feature Alliance, NoPing e-sports, Gambit Esports, and Fighting PandaS.

In Group A, the two favorites are Team Aster and Business Associates — formerly known as J.Storm. Team Aster is the lone Chinese team attending the StarLadder Kyiv Minor after they defeated Keen Gaming and Newbee to qualify.

Meanwhile, Business Associate’s undefeated streak at the StarLadder Kyiv Minor North American qualifier has proven that they are a formidable team.

For Group B, the two front-runners to advance into the Playoffs are Alliance and Gambit Esports. Alliance is one of the strongest teams in the European region with notable wins over Nigma during the DreamLeague Season 13: Leipzig Major European closed qualifier.

Gambit is another team from the CIS region with hard-earned tournament experience in the current DPC season.

Meanwhile, Fighting PandaS is a North American squad who’s suffered unexpected roster change due to the departure of Jacky “Eternal Envy” Mao and Jingjun “Sneyking” Wu a week away from the competition.

The team then added Maurice “KheZu” Gutmann and Oliver “skiter” Lepko as replacements. It will be interesting to see how the new team plays together in the Minor.

The StarLadder ImbaTV Dota 2 Minor is set to take place from March 5-8 and will be held in Kyiv, Ukraine. Viewers can tune in on StarLadder’s official Twitch channel here.