DJ continues to prove why he’s one of the best support players in the world. 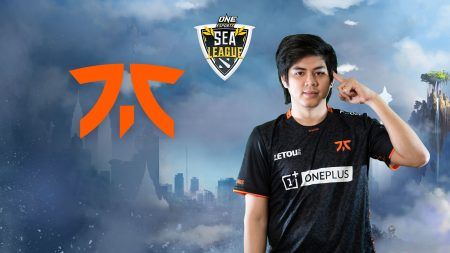 The ONE Esports Dota 2 SEA League Playoffs kicked off with Fnatic outlasting Neon Esports, 2-1, in the first Upper Bracket match to advance to the Upper Bracket Finals.

Fnatic’s star Position 4 support, Djardel Jicko “DJ” Mampusti, came up clutch for his team in games two and three as they defeated an ascendant Neon squad that has proven to be their kryptonite during the group stage.

Neon ran over Fnatic’s four-protect-one strategy headlined by Nuengnara “23savage” Teeramahanon’s Spectre in game one. Much like their previous encounter in the group stage, Neon’s aggression proved too much for Fnatic’s slow-paced lineup as the tournament’s dark horse team took a commanding lead.

Fnatic stuck to their guns with another four-protect-one in game two, this time with 23savage on Phantom Lancer. Fnatic had a much better start and were in control from the get-go, but Neon was able to claw their way back into the game behind Andrei “Skem” Ong’s Terrorblade.

Neon looked like they were about to sweep the tournament favorites down to the Lower Bracket as they laid siege to Fnatic’s base at the 44-minute mark. However, the latter was able to hold on after DJ on Rubick and Anucha “Jabz” Jirawong on Grimstroke pulled off a Soulbind into a double Telekinesis combo to pick off Erin Jasper “Yopaj” Ferrer’s Queen of Pain and pop Skem’s Aegis of the Immortal.

DJ came up clutch again in what ended up being the game-deciding clash around the Roshan pit. After dying and buying back to continue contesting Roshan, 23savage was caught out yet again and looked like he was about to die without buyback and lose the series for Fnatic. However, DJ was able to save his carry’s life with a stolen Sunder ultimate from Skem to win Fnatic the fight and tie up the series, 1-1.

Fnatic ran another four-protect-one comp in game three, this time with 23savage on Anti-Mage. DJ on a support Puck was able to make some huge plays for his team and pick up an early Aghanim’s Scepter, even as Neon took control by the midgame.

DJ’s Aghanim’s Scepter pickup proved pivotal in the clash that turned the game around for Fnatic. The item helped DJ survive Neon’s initiation from under the cover of Smoke of Deceit then lock down Skem’s Riki with his enhanced Dream Coil ultimate, which secured a teamwipe for Fnatic.

That teamfight gave the tournament favorites the momentum they needed to take the fight to Neon’s base and claim the series, 2-1, after almost 44 minutes of action.

With their victory, Fnatic are assured a top three finish in the SEA League. They advance to the Upper Bracket Finals, where they will go head-to-head against the winner of the match between TNC Predator and Geek Fam for the first spot in the Grand Final.