TNC had ana stand in for Gabbi. 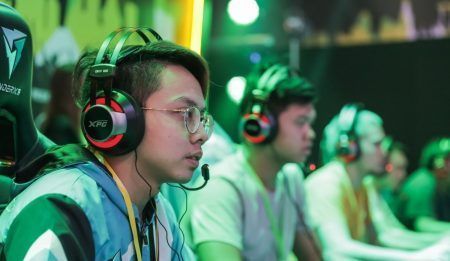 Team Adroit took down fellow Filipino squad TNC Predator, who notably had two-time The International champion Anathan “ana” Pham as a stand-in for Kim “Gabbi” Villafuerte, in their matchup at the WeSave! Charity Play online tournament.

TNC won the first game of the best-of-three series in dominant fashion, but Adroit took game two to force a decider.

TNC picked up ana’s signature Phantom Lancer to try and take game three late, with Armel Paul “Armel” Tabios on a mid Mars, Damien “kpii” Chok on an offlane Ogre Magi, Timothy “Tims” Randrup on a support Mirana, and Park “March” Tae-won on Chen to back him up.

Adroit looked to be in control of the game after the laning phase, but TNC won a huge teamfight at the 23-minute mark to give themselves some much-needed momentum.

Both teams were on relatively even footing, but TNC held the momentum and were starting to build up a gold lead. Roshan became the primary point of contention from then on, as both teams knew that an Aegis pickup for their respective carries would swing the game heavily in their favor.

TNC ended up winning two crucial and drawn-out engagements for control of Roshan, but a Divine Rapier pickup for Natsumi at the 45-minute mark meant that Adroit could heavily punish their opponents’ mistakes even if they had the Aegis.

The game ground down to a stalemate even if Adroit held the edge in teamfights thanks to Natsumi’s Rapier. However, they found their opportunity at the 60-minute mark with huge pickoffs on ana and Tims which finally opened up TNC’s base to a siege over an hour into the game.

Adroit overpowered TNC’s defense in their bottom barracks and managed to take down ana without buyback to force the GG call after a thrilling 63-minutes.

With their win, Adroit move on the finals of the Southeast Asian leg of WeSave! Charity Play where they will face off against Geek Fam.