33 lands a huge Vacuum and War Stomp combo on B8

33 is surely giving Alliance second thoughts about letting him go. 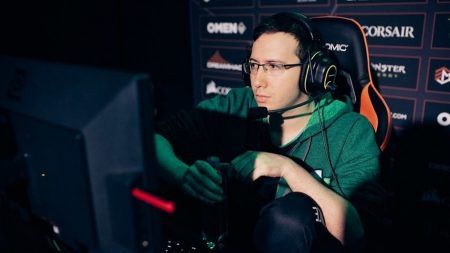 In game one of the series, 33 played a mid Dark Seer that put on a show while enabling OG’s trademark hyper-aggressive playstyle.

OG were aggressive from the get-go and applied a lot of pressure on B8’s bottom lane and jungle area, which led to a drawn-out engagement by the southeastern Outpost just before the 10-minute mark where 33 bagged an early Triple Kill. While B8 were quick to return their opponents’ aggression, they could not stop OG from securing map control heading into the midgame.

B8 struck back hard at OG by winning huge back-to-back teamfights around the 22-minute mark, starting at their tier three tower at top lane then moving to the Dire Secret Shop and tier one tower at the bottom lane.

However, OG grabbed back the lead when 33 pulled off a beautiful wombo combo to single-handedly win them a team fight by the river at the 25-minute mark.

In that critical engagement, 33 pulled four B8 heroes together using Vacuum then stunned them all with a War Stomp from a dominated Centaur Conqueror before dropping his Wall of Replica ultimate on them, which allowed the rest of his teammates to finish their opponents off.

The space afforded by 33 and the rest of OG eventually allowed SumaiL’s Gyrocopter to become a nigh-unstoppable force and pick up a Divine Rapier to pummel B8 into submission.

33 and SumaiL notched game-highs in kills with 9 apiece, with the former only recording three deaths while the latter had four, to lead their team to victory in an action-packed 32-minute game one.

B8 bounced back in game two to force the series to a deciding game three, but OG pulled through in the decider to win the series, 2-1. With their win, OG improve their record to 2-0 to top Group A, while B8 fall to a 0-2 line.

Both teams will see action at the ESL One Los Angeles EU-CIS online regional league group stage once again on April 8, with OG taking on Vikin.gg and B8 facing off against HellRaisers.