Ninjas in Pyjamas’ legendary 87-0 CS:GO squad is reforming under Dignitas 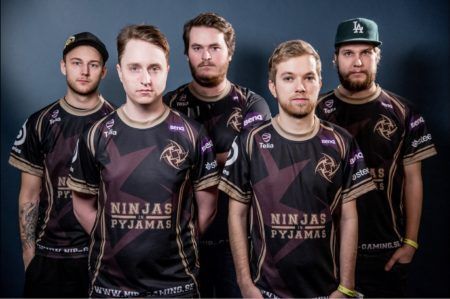 In the early days of competitive CS:GO, one team stood head and shoulders above the rest.

Their streak was eventually ended by Virtus.pro at the SLTV StarSeries 2013.

After losing to Virtus.pro, NiP never reached the same levels of success and each member of the team eventually left, until only f0rest remained with the organization.

However, it was confirmed today that US-based organization Dignitas, has acquired f0rest and he will be rejoining friberg, Xizt, and GeT_RiGhT on its new roster. The move was originally reported by DBLTAP and later confirmed by 1pv.fr.

Dignitas now has four of the five members of the original NiP squad. With Fifflaren retiring in 2015, the fifth spot is expected to go to Norwegian AWPer, Håkon “hallzerk” Fjærlih, who was acquired by Dignitas from Nordavind in November.