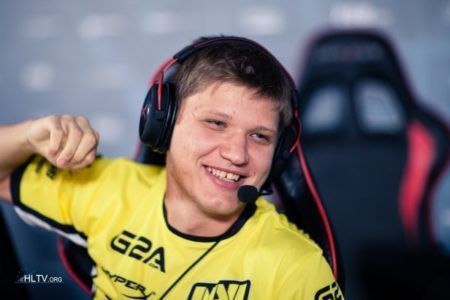 The first major CS:GO tournament of the year saw mousesports (mouz) leading the way in Group A and Natus Vincere (Na’Vi) topping Group B at the ICE Challenge 2020.

Virtus.pro (VP) handily won the first opening match of Group A, sweeping Heroic in both Overpass and Vertigo. Meanwhile, mouz overcame MAD Lions in overtime in Mirage then closed them out in Dust II to sweep the group’s other opening match.

Despite a strong start from VP, mouz dominated them in Vertigo and Train to sweep the Group A Winner’s Match and lock up the top spot in the group with a +18 round differential.

In the Loser’s Match, Heroic floundered after what looked like a strong start in Mirage then were simply outclassed in Nuke by MAD to be the first team eliminated from ICE Challenge 2020.

OG overcame ENCE in overtime at Train before dominating them in Overpass to sweep the first opening match of Group B.

Meanwhile, Na’Vi dominated GODSENT in Nuke in the first game of their opener but the latter struck back in Dust II to send the series to a third map. Denis “electronic” Sharipov led the way with 24 kills and 8 assists in Train to clinch the series for Na’Vi.

Na’Vi went on to dominate OG in the Winner’s Match. Aleksandr “s1mple” Kostyliev shone in game one in Dust II, notching 12 kills on the AWP out of a total game-high 21 kills. In game two on Mirage, electronic bagged 29 kills to secure the top spot in Group B for Na’Vi.

GODSENT outclassed ENCE in the Group B Loser’s Match, dominating them in Nuke and Inferno to eliminate them from ICE Challenge 2020.

Heroic and ENCE have been eliminated from the tournament in 7th-8th place with US$2,500 each.

Mouz and Na’Vi have both been seeded to the semifinals of the Playoffs after topping their groups.

OG and MAD will face off in the first quarterfinal match for a shot at Mouz, while VP will go up against GODSENT to see who will take on Na’Vi.