This movie theater setup is the ultimate way to play Warzone 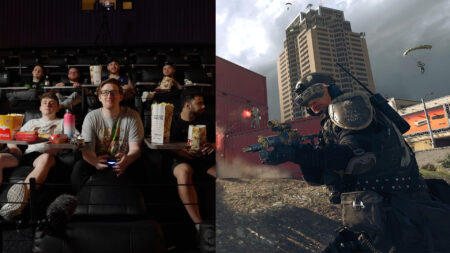 If you think that a custom controller or headset is the best way to immerse yourself in a game of Call of Duty: Warzone, you’re not dreaming big enough.

Call of Duty League team OpTic Chicago pushed the limits of their imaginations by using a movie theater as their biggest and best Warzone setup to date. 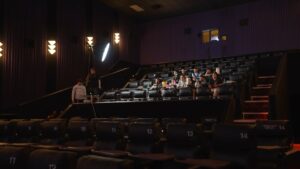 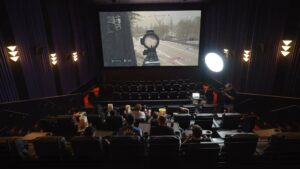 The plan was pretty simple for OpTic CEO Hector “HECZ” Rodriguez and the #GreenWall squad. They rented out a whole theater and sat back in their numbered reclining chairs with drinks and snacks, but instead of watching a film, the boys were dropping into Verdansk.

While the giant silver screen was a clear upgrade, player Seth “Scump” Abner mentioned that they intentionally kept the game volume up to retain the movie theater atmosphere. 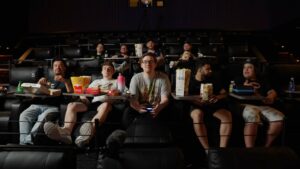 In his first game with the best Warzone setup, Scump was ready to put on a show for everyone else.

Dropping near Boneyard at the request of HECZ, the OpTic Chicago player snagged a flashy pistol kill as he was talking to his fellow org mates.

In contrast to Scump’s close-quarters combat, Brandon “Dashy” Otell worked off distance with a sniper rifle loadout, and even landed a lethal shot on a driving operator.

Though the two pros were just shy of getting a Warzone victory, the movie theater proved to be the perfect place for action-packed gameplay and hilarious commentary.

You can watch Dashy and Scump’s full gameplay on the best Warzone setup down below: