It’s one minute of pure Lisa goodness for all Blinks. 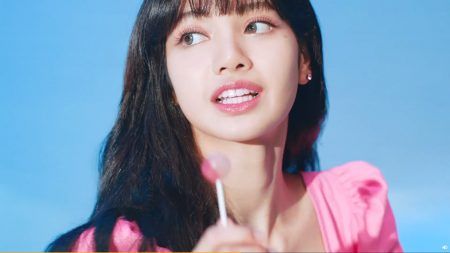 As the newest ambassador of Brawl Stars in China, Lisa appeared in a one-minute video where she embodied some of our beloved brawlers.

The first part of the commercial showed Lisa dressed in a black leather dress paired with thigh-high boots. This boyish and cool look represents the Epic brawler Bibi in the game.

The dark scene gradually changed when Lisa grabbed ahold of an umbrella full of white fluffy feathers. With the help of the parasol, she was transported into a world that very much looked like the map on the new Super City Rampage game mode.

Lisa was already wearing a cute, pink dress at this point of the video. Could this be her own version of the Epic brawler Piper who can shoot enemies through her Gunbrella?

The commercial then shifted to a scene where Lisa was happily riding a bicycle as she traveled across deserted lands which reminded us of the maps for Solo and Duo Showdown modes in Brawl Stars. Her black and yellow get-up in this part of the video paid homage to the Common brawler Jessie.

The last scene showed all three versions of Lisa, sitting down on the couch and just playing Brawl Stars using Bibi, Piper, and Jessie in a thrilling round of Gem Grab.

Brawl Stars already made its global launch two years ago back in 2018, but it only became available to the Chinese digital market last month after finally getting the approval of the State Administration of Press and Publication (SAPP).

Aside from Supercell’s Brawl Stars, Lisa has endorsed other mobile games in the past like Gravity Interactive’s Ragnarok M: Eternal Love and King’s Candy Crush.