They didn’t drop a single map throughout the entire tournament. 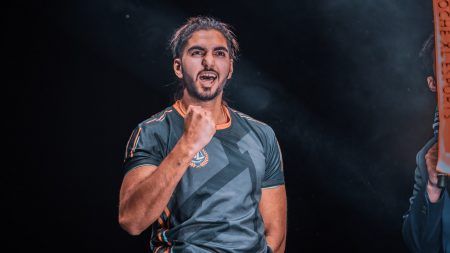 The stacked roster, which boasts some of the biggest names across competitive FPS esports, won all six of their games and didn’t drop a single map en route to the title.

Prodigy faced 2G4L, a stack of Finnish CS:GO pro players in the Grand Final, but they were no match for Prodigy.

After taking a commanding 6-1 lead over 2G4L, mixwell got a Collateral at C long through the enemy smoke. He then helped Prodigy extend their lead by securing four kills in the eighth round.

In the following round, 2G4L answered back with a perfect full-execute play at the A Site. They opened up with an Oribal Strike ultimate that cleared out the center of the A Site, then followed up with Breach’s Rolling Thunder and Flashpoint hero ultimate and ability to clear out the corners of the A Site.

Once they had taken control of the Site, the team used Sage’s Barrier Orb to block off A Tower.

On the 15th round, Prodigy was able to secure the A Site and plant the Spike, 2G4L managed to clean up the site of defender agents. Faced with a three versus one scenario, mixwell slowly moved towards the Site and eliminated all attacker agents to clutch out the round for Prodigy.

Mixwell topped game one’s leaderboard with a 25/7/7 score and a 419 combat score on his Breach.

Prodigy finished the tournament by racing out to an insurmountable 11-6 lead in game two before they started styling on their opponents. Shaiiko went headhunting towards the final rounds of the series and ScreaM ended the tournament with a slick knife kill.